My wife and I are both 44 years old. We have been fortunate to have six wonderful parents in our lives since we first met more than 20 years ago.

Now, we have five. 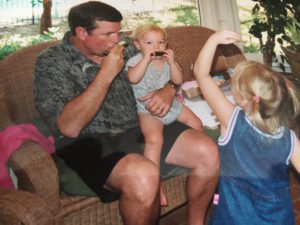 My father-in-law, Ron, passed away after a noble and valiant battle with cancer. I will not say that he lost his battle. It was a tie. When he died, the cancer died, too. He fought too hard to be considered a loser in this scrum, and I refuse to give cancer a win. This was his fourth bout with cancer, so you know what? I’m calling Ron the series winner in this. 3-0-1 in my book.

In case you are wondering, we have six parents because my wife’s parents remarried some 30 years ago. But my wife did not get step parents. She always referred to them as bonus parents, because she was fortunate enough to have two new equally awesome people enter her life and love and care for her just as her parents did. And I am fortunate to have been given the gift of four additional parents when we were married. 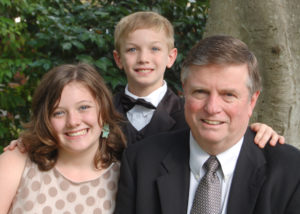 Ron Heckman was a great father, a great husband, a great grandfather, and just a great man. The world is a little less great without him here.

We knew he was declining rapidly, and my family went to visit him over Thanksgiving. My wife had been spending much of the previous month in Atlanta with her dad, as she should have. We hoped and prayed for many more Thanksgivings together, but we saw the writing on the wall, and we wanted to ensure the kids were able to spend one last moment with Pop.

He was frail and weak, and it was obvious the toll that was being taken on his body. But the smile that came across his face when his grandkids were there was something cancer could not suppress. They brought him joy that could not be defeated. 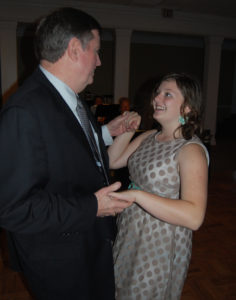 My daughter was his first grandchild, and I am fairly certain that he went to his final resting place knowing the only reason the moon was in the sky was because she hung it there. He loved her singing more than anything, and he used to embarrass her to no end with his love of her voice. Ron never met a stranger in his life, and he could be in line at the grocery store and strike up a conversation with the person next to him. If Allie was there, he would begin telling them what a beautiful singer she was. You don’t know how many times he put her on the spot, asking her to sing in the middle of Kroger for some random stranger. I always chuckled at how proud he was of her, and how he wanted to share it with everyone he met. During his last few weeks, he spent a good amount of time in the hospital. And he played videos of Allie singing to every nurse and doctor who came in the room. Pop had to share his granddaughter’s gift with everyone. 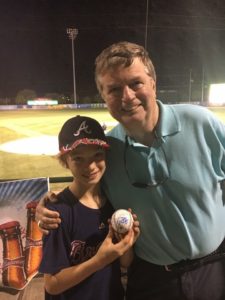 He loved the fact that my son loved sports, and he loved taking him to ball games. We all went to a Falcons game on my birthday, Oct. 2. In retrospect, it is one of the greatest birthday gifts I have ever had. He loved playing catch with him or watching YouTube clips of awesome sports plays that Parker wanted to show him. He was a diehard Georgia Tech and Georgia State fan, but knew how much Parker loved Alabama football, and would text him or call him during Bama games when something awesome happened for the Tide. I’m not sure how many Bama games he watched 10 years ago, but I know that when his grandson became a diehard fan, glued to every Bama game, so was Pop. The last thing he said to my son, holding his hand tightly, as we were preparing to head back home after Thanksgiving, was, “I love you, boy. Roll Tide.” 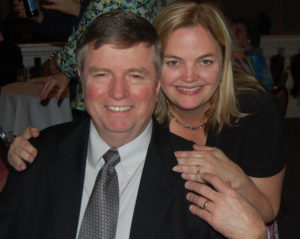 Most of all, he loved his daughter. I am the luckiest man on the planet to have the wife I do, and I remind myself of that every day. And there is now a void in her life that will never be filled. I’ve rehearsed a thousand comforting things to tell my wife, but I know there is nothing I can ever say that will make the pain of her dad no longer being here go away. They were as close as a father and daughter can be. They talked every day. They talked at any hour she needed him. When our daughter was a baby, she decided she would sleep roughly never. As my wife and I were finding out that being parents of a colicky baby was no fun, I remember plenty of nights at 3 or 4 in the morning when she would call her dad. Because she needed him. And he was always there. I would like to say I will fill that void, but the truth is, try as I might, I can never do that. No one can fill Ron’s shoes. 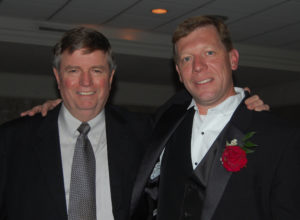 Ron’s funeral will be held at Eastminster Presbyterian Church, the church where my wife and I were married. On May 2, 1998, he walked his daughter down the aisle, the proverbial “giving away” of his daughter. As my wife and I took our vows, I know he was letting a piece of his daughter away, as dads have to do. I made a promise that day. And I will keep it, Ron. I promise. Rest easy. You’ve earned it. And you won.