My son and I find a lot of critters together. It’s what we do when we have free time. We go out and find cool stuff.

We’ve snagged possums off of our fence. I’ve held him by his ankles and lowered him into a hole to rescue a broad headed skink. We’ve engaged a team effort in catching a very terrified bird that was in a sunroom, catching it and releasing it outside.

In short, when I need animal assistance, he’s my go-to.

But then you find the time when he’s asleep. And you really need a critter wingman.

It happened the other night. My wife was out of town on business. I was packing up the house for the evening and took the dogs out for one last run in the backyard.

Maddux the Stoic Boxer did his usual thing, which was to discreetly go to a corner of the yard and tend to business. Murphy the Excitable Dachshund opted to go to the plastic cover that is over the sprinkler pump and go absolutely insane. Barking. Scratching. Snarling.

I turned on the flashlight on my phone and lifted the plastic cover. Murphy dove in. I grabbed him by the collar and shined my light and saw a baby possum, absolutely terrified.

I reached in and grabbed the possum and pulled him up high, away from the snapping jaws of a very angry Murphy.

I needed assistance. But my wingman was asleep. So I texted the backup wingman.

With the possum in my left hand, Murphy nipping away, I pulled my phone out. I knew she was up, because she is 15 and most likely in her room watching Netflix or listening to the Hamilton soundtrack, or possibly both. At 11:59 pm, I texted “Come here.” She responded, “OK.”

When she opened the back door, she saw me standing there, possum held high, Murphy jumping and yelping. “What … is … that?” She knew what it was. The statement was more of a “Why do you have that thing in your hand?” type of comment.

“I need the dogs inside. And I need something to put this in. Go to the garage and get something.”

This was her time to step up. She knows her brother is usually the one who handles this kind of stuff, but here was dad, asking her to fill in and be a champ. “OK!” she said, grabbing both dogs and escorting them inside.

She immediately came back out. “Wait, what should I get to put it in?”

She returned a few minutes later with a sock and a Triscuits box. “Will either of these work?”

Ha! I kid. She came back with a large bucket we keep in the garage. She may not play the game often, but she knows how the game is played.

Now, I know you are probably wondering why I didn’t just immediately let the poor thing go once the dog was inside. The answer was asleep upstairs in his room. If I caught a baby possum and didn’t give my son a chance to hang out with him, I would probably never be forgiven. I really don’t want a funeral eulogy where my son says, “And then he caught a possum — and chose not to let me know about it…”

The possum spent the evening in a bucket (with a nice, soft towel to snuggle up with) in our downstairs bathroom. The next morning, I had the easiest time getting my son up for school — “Parker, you need to get up. We caught something last night.” Zoom.

We released the possum into some woods, and he is hopefully living the possumest life one could live. I’m glad we were able to get him moved to some woods, rather than my backyard, which is frequented by distinctly anti-possum mammals. And even though my usual wingman wasn’t there, I’m glad my backup wingman stepped up to the plate. Although I’m sure she’s more than happy to turn the duties back over to her brother. 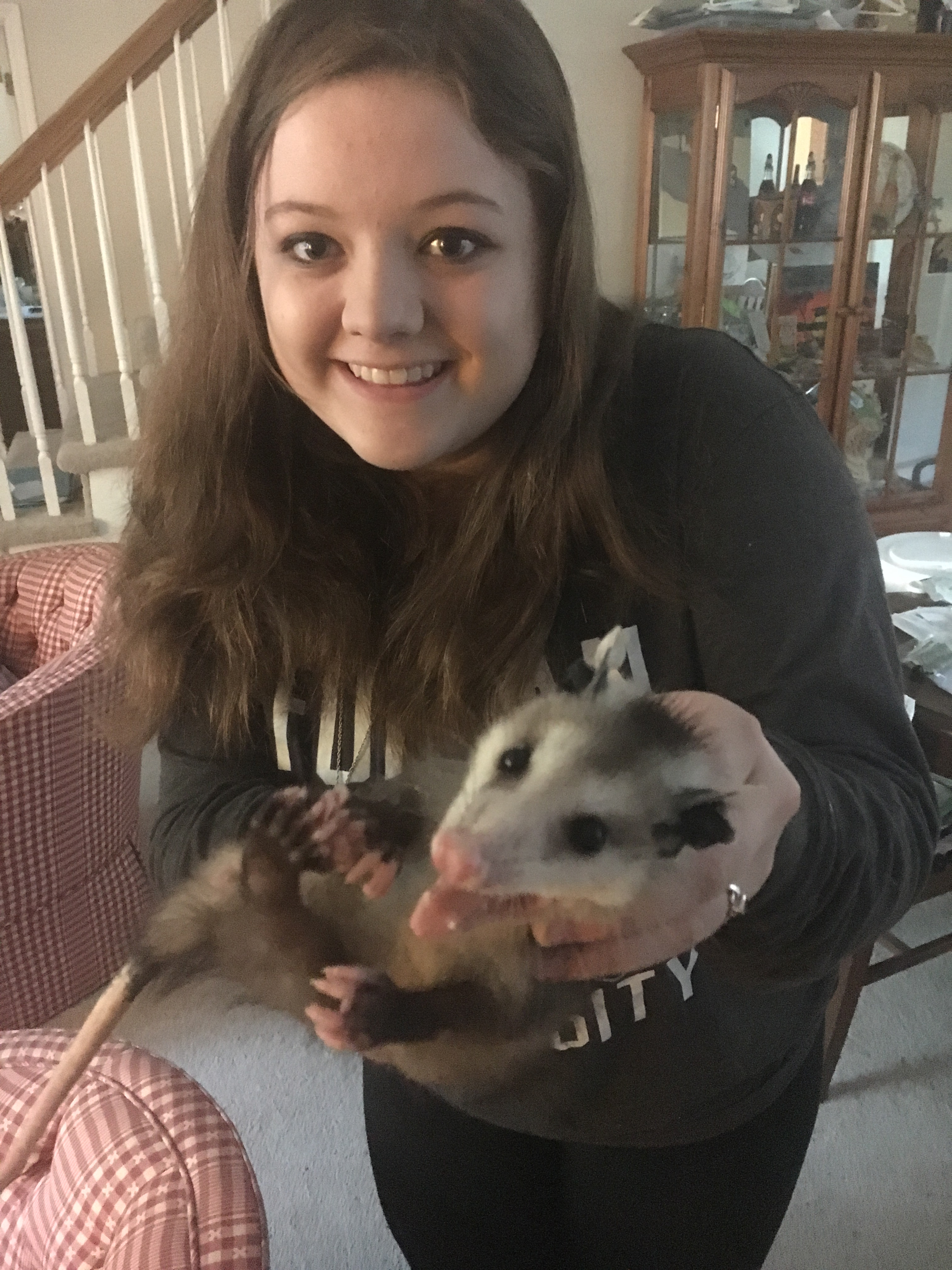