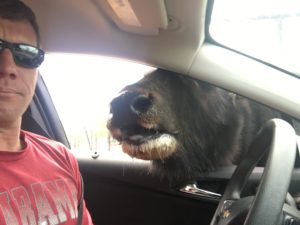 I have recently completed a road trip with my kids, and I can safely say it included the perfect amount of buffalo slobber.

This road trip was done over their spring break, and we set off on a whirlwind tour of roadside attractions and off-the-beaten path adventures, which is really the only way to spend spring break.

It was just the kids and me, as we realized too far into the drive that we had left my wife back home. Either that or she was in Omaha on a business trip. I can’t remember.

Our first stop was the Wild Animal Safari in Pine Mountain, Ga. As is often 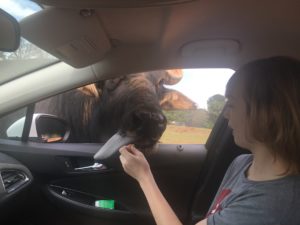 the case, I didn’t tell the kids where we going, as I love to see the looks on their faces when we arrive at a destination. The Wild Animal Safari is just what the name says. You drive your car through this great big rolling field, and feed buffalo and Texas longhorns and wildebeests as they mosey up to your car and 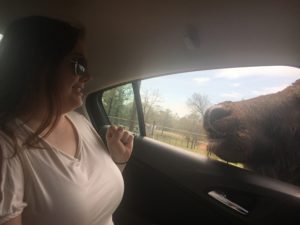 occasionally stick their giant heads in through the window. Fun fact: buffalo have horrible breath AND copious amount of slobber, some of which was distributed into the car interior and my kids courtesy of a well-timed sneeze. 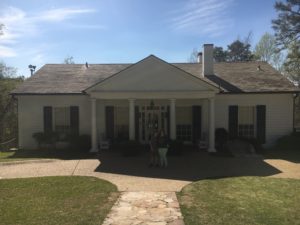 brochure he was holding, because it was actually an older gentlemen (who sat remarkably still)  waiting for his family to finish the tour.

Our next stop was at the Lunch Box Museum in Columbus, Ga., which is, without a doubt, the single greatest museum ever created. With thousands of 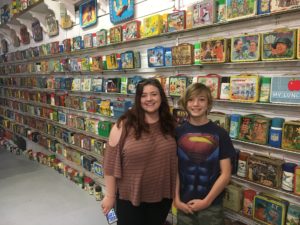 lunch boxes on display, it is an amazing walk down memory lane, especially if you’re a child of the 70s or 80s. Happy Days, ALF, Six Million Dollar Man, Holly Hobbie. You name it, chances are it was there. There was also one lunchbox that featured “The Exciting World of Metrics,” apparently designed for the kid who wanted the Fast Pass to an awful elementary school existence.

The next day we made our way to Macon, Ga., where we stopped at a place 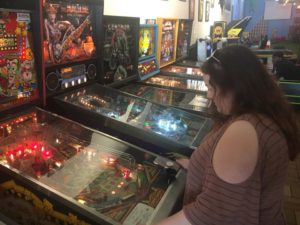 called Reboot Retrocade and Bar, which has dozens of old-time arcade video games and pinball machines, each costing just a quarter. Draft beer and some Galaga on a Tuesday afternoon? Don’t mind if I do.

Fortunately, kids are allowed in the bar in the afternoon, so mine were able to experience life in an 80s arcade. Minus the draft beer, of course.

Our final stop was at the Museum of Aviation in Warner Robins, Ga. If 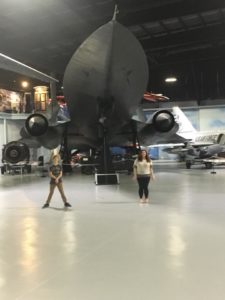 you’re ever passing through, I highly recommend you stop in and walk through the history of aviation and see some amazing aircraft, including an SR-71 Blackbird, which may be the coolest plane ever built. I’m talking Six Million Dollar Man mailbox level cool.

We hit a few other spots along the way, sometimes just pulling off on the side of the road because we saw something interesting, such as an abandoned football stadium or a hunting and fishing store called The Funky Skunk. We also 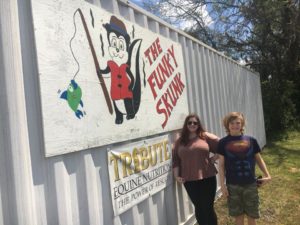 caught up with some old friends along the way, which is always a treat.

Upon arriving home, we all agreed it was a quirky and cool road trip, the kind we love to embark on. Maybe next time we can remember to take my wife.