Here’s a little known fact I bet you didn’t know: If you walk down 1,000 feet of stairs to the bottom of a gorge, if you want to get back to the top, you will probably have to walk back up those very same steps.

Oh, you did know that. Guess you think ahead better than I do.
My wife was on a trip to New York City, and I decided that, rather than sitting at home with the kids, the three of us would go on a whirlwind tour of the mountains in North Georgia and western North Carolina. And when we travel, we try and cram as much into our vacation as possible. We stop at obscure roadside attractions. 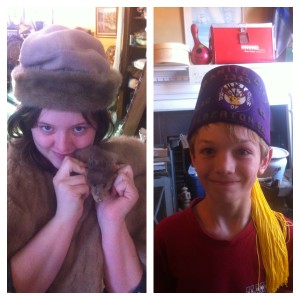 We try and find the best local dives to eat meals. 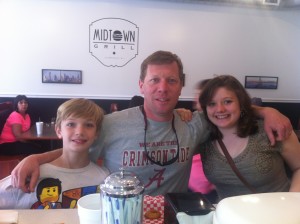 And we occasionally find ourselves at the bottom of a 1,000-foot ravine with the realization that there is not, in fact, an elevator back to the top.
We hit some great attractions during the journey. We stopped in Elberton, Ga. at the Elberton Granite Museum, where we learned how granite comes out of the earth. (Spoiler: They use explosions.)

We toured the Foxfire Museum, which has numerous old buildings and homes throughout its trail. One was a home that used to house a couple and their 10 children. As I stood contemplatively in the middle of the small structure, I wondered how, after the first kid was born, kids 2-10 came into being. 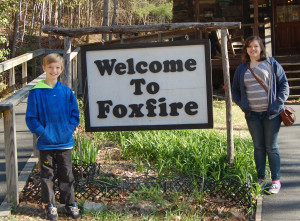 We went behind Dry Falls, a big ol’ gushing waterfall that you can walk behind. I would like to point out that the attraction is not completely accurately named. Just because you’re behind the waterfall does not mean you stay dry. 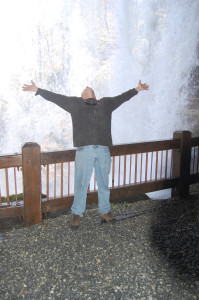 We went to one of the many “mining” places where you can sift through buckets of dirt and find rubies and emeralds and, most often, plain old rocks. 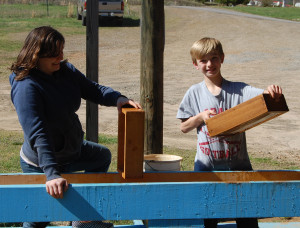 We visited Ty Cobb’s grave in Royster, Ga., where my son said, “So that’s where they put Ty Cobb?” 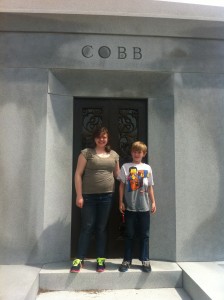 But we ended our trip with a journey to Tallulah Gorge, which was formed in 1942 when the U.S. Government was doing atom bomb testing in North Georgia. At least, that’s what my kids thought until they got there and started reading some of the literature. (My story had an Avengers twist to it, but they found geology more believable.)
When we got to the park, we first went to an overlook where you could see all the way into the massive canyon. At this particular overlook was one of the towers The Great Wallenda used to secure his cable when he crossed it in 1970. Staring down into the massive canyon and all the way across to the other side, the three of us agreed that Mr. Wallenda is a braver person than anyone in our trio. (Although I think Parker felt that with some practice he could game up.) 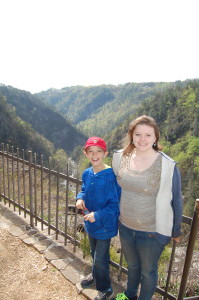 When it came time to descend to the bottom, we stared at the steep staircase and collectively yelled, “Is that all you got!?!?!” Ok, we didn’t, but we will in the big screen adaptation.
The walk down was not bad. Steep, yes, but we were going down the stairs, which, in case you were not aware, is far easier than going up stairs. Especially when there are like a billion of them.
When we reached the bottom, we took a few moments to take in the wonder of the natural beauty. This amazing creation, thousands and thousands of years in the making, stood before us. Roaring torrents of water crashed over enormous rocks, the gorge walls towering above us. We sat in awe at this natural wonder, watching the work of art that had formed for thousands of years before us and would continue to form long after we are gone. 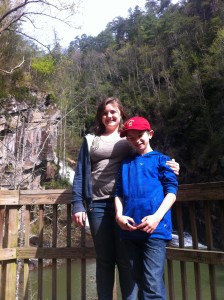 And then I had to ruin it. “Well, guess we better walk back up.”
The kids snapped out of their nature awe and glanced at the stairs they had rather easily descended. It was a looooong way back to the top.
I’m not sure how long it took us to go down the stairs, but I would estimate that our ascent took about 400 times as long as our descent. Parker was feeling his oats, bounding up the stairs two at a time because he is 11 and does not know how to be tired. Allie, who I am fairly certain was wishing she was in New York City with her mom, made the trek a little more slowly. After each big stretch of stairs, there is a landing with some benches. When we reached those landings, I said, “Go ahead and sit on the bench for a minute, Allie. I’ll wait with you.” It’s the kind of caring, out-of-breath dad I am.
Eventually, we made it to the top. I am glad we took the journey, even if the return portion was some heavy lifting. I’m looking forward to our next adventure. Perhaps I’ll get on the web and find something similar that’s fun. I’ll start by Googling “gorge with an elevator.”