My wife and I have always tried to be on the same page in a very proactive manner when it comes to parenting.

Some of these are serious topics, such as disciplining children. Others are not so serious in the grand scheme thing of things, such as how long you will let your son’s hair get, even if he is approaching Cousin It levels.

Fortunately, we had agreed upon the “His hair, his call” prior to our son going roughly two years without a substantial haircut.

I say “substantial” because over the last two years, he has gotten two modest trims, but that was mostly to clean up the unbridled mass that was accumulating on his head.

I have never had long hair. I just never wanted it long. The closest I ever came was in college, when I just went a few months longer than I should without a haircut because I needed to spend my money on more important things, such as bee….textbooks. Textbooks. And other school supplies. Yeah. That’s it.

But I am not one of these dads who demands a Johnny Unitas-style haircut. (Obligatory Simpsons reference: “There’s a haircut you could set your watch to.”)

Fortunately for him, the hair kinda worked for him. It gave him a bit of a surfer-dude look, and it fit his personality rather well.

But then one day he came home and said, “I want to get my hair cut.”

We entered this with some trepidation because during the previous trim-ups, he had some serious buyer’s remorse over even getting is cleaned up, telling us he wished he had never gotten a haircut.

So I sat down with him and had that father-son talk that my dad and I never had to have: “Son, if you do this, it’s all on you, and I don’t want to hear you complain about it after your ponytail is gone.”

For this haircut, my wife and son had to make a special road trip. Our son trusts one person and one person only to cut his hair, Amber. Amber began cutting my wife’s hair years ago, and she still drives back to where we used to live to get her hair done. She cut Parker’s hair a few times, and he has decided that Amber is the only one qualified to engage his locks. And I don’t blame him, as Amber is, without a doubt, awesome. 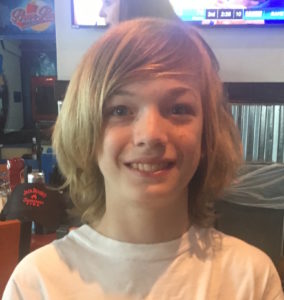 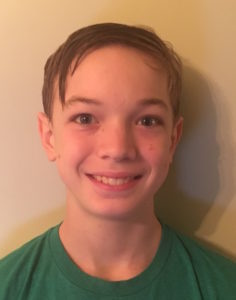 They headed out on a Friday, gearing up for an early Saturday morning haircut. When the deed was done, my son looked like an entirely different person. And he looked like his head weighed 12 pounds lighter.

When they got back later that day, he was beaming and said he loved his haircut, and that it felt great. I can only imagine what is must feel like to have the equivalent of a Cocker Spaniel removed from the top of your head, so I assume it really feels nice.

I have no idea if he will grow his hair out again, and quite frankly, I maintain that’s his call. I like my hair short, but if he wants it long, knock yourself out. It took him awhile for his hair to get as long as it did, so if ever wants to go back to Ponytail Town, he’s got some work ahead of him. But again, his call. Granted, if he wants to go the other direction and take it a step further, I can always give Amber a picture of Johnny Unitas and tell her to make it happen.